I played the classic version on the Xbox360, many many years ago, and then completely forgot about this game. It was a very nice surprise that Atlus decided to remake it.

The game revolves around Vincent Brooks, a 30s guy, who gets cursed by the "Woman's Wrath". Only people who are cheating in their relationships can get this curse, and of course Vincent is in the middle of an affair. People who are cursed have a recurring nightmare every night, where they are climbing a tower, and if they fall, they die in real life. The main themes that the game deals with, are: relationships, infidelity, settling down, taking responsibility, having kids. I personally found the story to be quite engaging.

I would put the game in the puzzle genre, with a bit of walking simulator. It is split into two major parts: every day, you start with a daytime segment, hanging out with friends, eating, "spending time" with the women. This part is not much of game, it's mostly just where the story progresses. The decisions you make during the day, like what to reply to texts, effect your morality, which ultimately decides the ending, and changes a few things along the story. These social parts are nowhere near as complex as something like Persona, they don't have an actual effect on the gameplay, for better or worse. 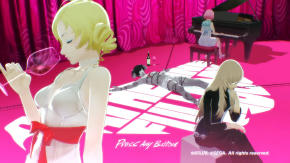 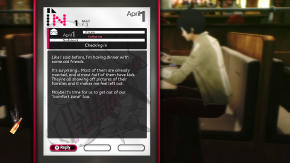 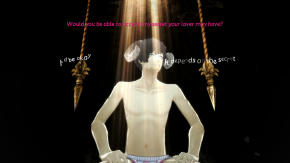 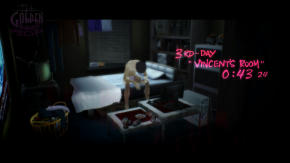 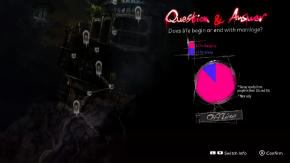 At the end of the day, there are is the night time segment which is the "meat" of the game, where you have to climb the tower. You start at the bottom, and have to get to the top, in a given time frame. Your actions are:

You can only move along the blocks if there is no gap (you can't jump), and you can only climb onto the top of a block if it's exactly 1 level higher (so you can't climb 2 levels at once). The puzzle aspect mostly revolves around how you have to pull, push, and rearrange the various blocks to form bridges, close gaps, and build stairs, that you can actually climb. There are various special blocks, like traps that kill you if you stay on them, cracked blocks which break if you step on them twice, and so on. Even though it's a very simple concept, it has a surprising amount of depth. There are multiple techniques you can discover while climbing on how to solve various situations, and some of them are also explained in the form of hints. Difficulty is in the right place, I frequently had to make multiple passes at the same level, before I managed to finish it. 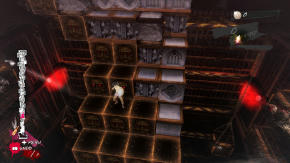 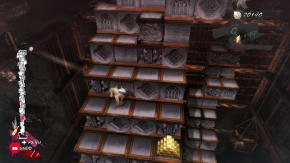 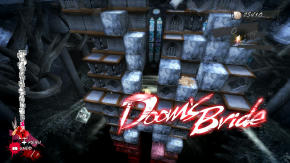 You get points while climbing, based on a few things, like how much time was left on the clock, or did you use any items. The rating system is quite unforgiving, I don't think I got anything better than silver, once. During the climb, you can collect money, that you can use to buy items inbetween levels, but it's very superflous, since you can only carry 1 item at a time, and your money resets between levels.

Each night is divided into 2-3 levels, with a small pause when you reach a summit. You can interact with other people on this summit, and hear a bit more about the story, and eventually enter a confession booth, where you are asked a question that usually deals with your morale values (eg. is it okay to keep some secrets in a relationship?). Your answer to these influences the ending, and it also shows you how other players have answered.

There are multiple game modes, but I only played the story mode, the puzzles were not that interesting to play stand alone, or to play versus against someone else.

There are two different Catherines out, the "regular" Catherine, and there is Catherine: Full body. I'm not sure what the differences are between the two, I didn't want to check, because it would probably spoil the story, but from what I heard, the "only" major changes relate to the story, but not to the gameplay.

It was a surprise that Atlus released Catherine for the PC, considering their hatred for it, and they did deliver a really bad port. First, they chose to release only the regular version, and they will not release Full body. They uncapped the frame rate (from the original 30), which would be great, but if you go above 30 fps you will have issues with the puzzles. I suggest borrowing it, before you buy it.

I played Full body on the Switch, which is locked at 30 fps, and is quite lazy for such a non-graphically intensive game. The 30 fps is really noticable, and it even drops lower on some levels. There is also a very strange bug, that one of my friends also confirmed, is that while climbing the tower, you regularly get the narrator to suggest "doing an undo if you are stuck", and sometimes this happens 6-7 times in a single level.

Overall, I think it's a very niché game, that could do a lot better, if it was not for the subpar port/performance. The story is very nice, and interesting, the puzzles are interesting as well, but they could really use some more variation.